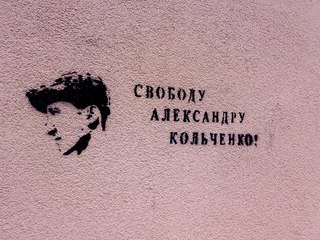 Aleksandr Kolchenko: I am not a terrorist. I am a citizen of Ukraine.

The story of this interview is different from how interviews are usually recorded. The person answering the questions is in the place not very accessible for journalists – Lefortovo Moscow Pretrial Detention Facility that is still known as RF FSB SIZO (RF FSB SIZO – pre-trial detention facility of the Federal Security Service of the Russian Federation – transl.).

Lefortovo is the prison that has both special detention conditions and special security measures.

Aleksandr Kolchenko from Crimea, one of the Lefortovo prisoners, celebrates his birthday at the end of November. The Crimean anti-fascist and social activist could never probably imagine spending this day in such a place.

However, the occupation of Crimea changed his life: on May 16, Sasha, known among friends as “Tundra”, was arrested in Simferopol by the Federal Security Service of the Russian Federation, accused of participation in sabotage and terrorist group of the Right Sector and soon convoyed to Moscow.

Despite the absurdity of the accusations, numerous violations during the investigation process and constant attempts to impose Russian citizenship on the Ukrainian anti-fascist, Aleksandr Kolchenko, likewise the Ukrainian film director Oleg Sentsov (both were active participants of the protests against Crimea annexation by Russia) did not cooperate with the investigation and is still in detention.

Once again the detention term for Tundra got prolonged on October 20th.

In the period between the prolongation of his detention term and his birthday we managed to pass Sasha questions on what was going on with him at the moment – and to receive answers from one of the Ukrainian “Crimean hostages” in Moscow prison to find out what he was thinking, doing and planning.

On November 11th, the General Prosecutor’s Office of the Russian Federation stated in its letter that the four Lefortovo prisoners – Sentsov, Cherniy, Afanasyev and Kolchenko – were Ukrainian citizens. However, so far such “recognition” has had no impact on their situation.

– Let’s start from your present daily life. What are your detention conditions? Who do you share your imprisonment with? How do you experience prison daily regime, do you get enough food and time for walking? How is your health?

– Detention conditions in the cell are satisfactory. In my normal life before the detention I also used to get up at 6 am, so take-off at 6 am in SIZO does not distress me.

The cell, to my understanding, is ordinary: four walls, a small window with bars, a sink for washing, a toilet bowl, and furniture fixed to the floor. Now they are making repair works in cells so prisoners are being gradually moved to renovated cells.

My cellmates are different, from different regions and towns of Russia: Caucasus and Bashkiria, Moscow and Rostov, and so on; they are of different nationalities and religious beliefs. Despite the fact that I have known Russian guys with similar beliefs forlong time, this is my first time in Russia. It is a pity that my first visit started with SIZO.

The food is good here (definitely, not as good as at home). The menu changes every four days: breakfast – oatmeal, milk soup, two meals for lunch, and dinner; they always give meat or fish.

They even give me additional food: condensed milk and butter every day, an egg every second day. The reason is simple: the medical service of SIZO believes I am underweight.

They offer walks every day, but now I do not go outside as I am afraid to get cold.

And I do not have any health issues or complaints, everything is fine.

– How do you spend your days in prison? We know what you read a lot there – what exactly? And what would you like to read in the nearest future?

– I read most of my free time. Right now I am reading journalistic writings of Lev Tolstoi, in particular, his articles on religious views, land issue, death penalty. Tolstoi was a thinker with anti-state beliefs similar to anarchist, and this is why he is interesting to me.

Before this I read the poetry of Ivan Franko in Ukrainian; “State and Revolution” by Lenin; “Speeches of a Rebel” by Petr Kropotkin; “Future Society” by Jean Grave. I also read Russian newspapers and journals on subscription, such as “Novaya Gazeta”, “New Times”, “Russian Reporter”, “Popular Mechanics”.

– What do you miss in prison most of all ?

– Of course, most of all I miss freedom and communication with my friends and relatives. I miss even my work and my colleagues. I am not used to be in the mode of doing nothing – I always worked and I liked my work inprinting industry.

I am grateful to everyone who writes to me here in SIZO. This is the big joy and moral support. And I miss Crimea a lot.

– What parcel would you like to receive here? Anything, regardless of its cost?

– Music. I want to listen to the music – in particular, Jamaican sounds of Reggie and ska. I love music and at certain point it was one of the reasons of my interest in anarchists and anti-fascists.

– What news are the most important to you now? Do you know how much people, particularly in Ukraine, are aware of your situation?

– I am interested in any news from the world outside. I know only partially how people are aware of my fate: from press and letters that I get.

– Were you surprised to know about court’s decision as of October 20th to prolong your term in prison?

– No, this decision did not come as a surprise to me. Being here, talking to my cell-mates I realized it was a usual practice.

– Several questions about the investigation. How do you think: are they interested at all in digging up the truth in your case? Have you been pressured?

– No, I did not experience any pressure by the investigation. I have no idea which ‘truth’ the investigation is interested in. In my personal opinion, based on the analyses of how Ukrainian events were covered by Russian media, I think they need the Right Sector in Crimea to justify annexation of Crimea by Russia. Exactly for this reason in this criminal case they assign Oleg Sentsov, other guys and myself to the Right Sector. However, personally I have nothing to do with the Right Sector.

– The investigation insists on your Russian citizenship, while in Ukraine (and not only) you are considered as citizen of Ukraine. How will you answer the question of your citizenship?

– I consider myself a citizen of Ukraine. The only identification document I have is the passport of an Ukrainian citizen. I have never got a Russian passport.

[From the editorial: on November 11, the General Prosecutor’s Office of the Russian Federation admitted Kolchenko and other political prisoners as citizens of Ukraine.]

– Let us move on to more critical issues. Based on what has happened to you, who do you consider yourself at the moment? A criminal defendant? A prisoner of war? A hostage? A representative of the occupied land who is deprived of his freedom by the occupation authorities? Or somebody else?

– I find it difficult to answer this question. But there is one thing I can say for sure – I am not a terrorist.

– You have mentioned many times you are a person with anti-fascist and radical left views. At the same time you are accused of being part of the Right Sector organization. What can you say regarding the position of those who support actions of the Russian authorities in Ukraine (including personally towards you) and call themselves ‘leftists’ or ‘anti-fascists’?

I am negative regarding those ‘leftists’ who call themselves ‘anti-fascists’ and support LNR or DNR. Having taken this side they have refused to take class position in favor of imperialist one (for instance, such politicians and groups as [Sergey] Udaltsov in Moscow and ‘Borot’ba’ [organization] in Ukraine). And I do not belong to the Right Sector. 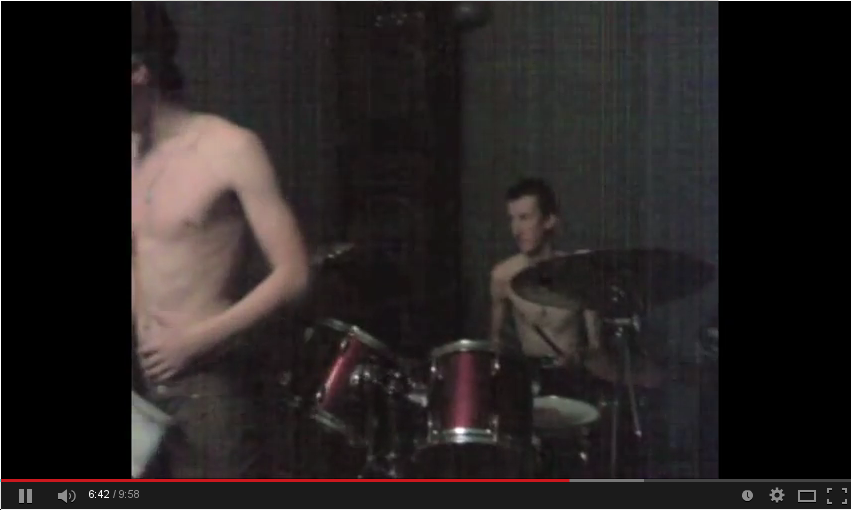 – What would you do now if you were free and in Ukraine, in particular, in the occupied territory?

– I would simply get a job to support my family and myself. Certainly, I would be still involved in public work that I was involved in before my detention – defending interests of professional communities and helping with solving ecological problems.

– And if you want to say something directly to those who will read this interview – in Ukraine, in Russia, in other countries – this is the right time…

– I would like to thank everyone for moral and financial support: my Moscow friends, friends from Ukraine and friends from Crimea, many other people from Russia, United States, Israel, Sweden, Germany.

Even though personally I do not know them, they support me.

[In Ukraine, Aleksandr Tundra Kolchenko and Oleg Sentsov are being supported, among others, by Kyiv solidarity group “Solidarity committee”, who provided this interview.

If you want to help Aleksandr and Oleg, you can get in touch with the group by email.]