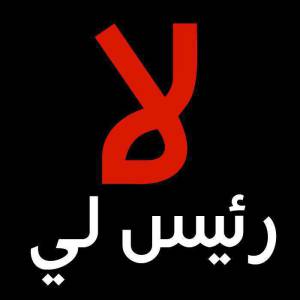 “No president for me”

TUNISIA: A Call for Unity

To all Revolutionary Groups in Tunisia,

Now two years have passed since the outbreak of the uprisings yet, despite the succession of governments and in spite of the abundance of promises and electoral programs, the economic and social crisis is aggravating and the conditions of the greater majority of the people, that is, the wage-earners, the unemployed, the poor and the marginalized, are deteriorating. The political parties’ tussle over power is driving the country towards civil war. Political institutions, especially the Constituent Assembly as well as the government, the prefectures and sub-prefectures, etc claim in bankruptcy as they proved to be incapable of finding solutions. These institutions are actually part of the problem for the new rulers scramble over privileges and rush to the seizure of bailiwicks. The system of favoritism and loyalism is back. Moreover, both police and the military fail to provide real security executing the same brutal repression tactics at protests. On the other hand, while the owners of fortunes, businessmen and intermediates of every sort are getting richer, the State keeps on boosting prices and insinuates the axing of all basic consumerist items subsidies as dictated by the IMF. The State is also axing unemployment insurance, cutting jobs and calling off all the social gains the masses earned during the early part of the revolutionary movement so that the masses pays the price of the crisis under the mottos of “Commonweal,” “Saving the National Economy,” that is, saving capital from its generalized crisis.

The catastrophic outcome of the revolutionary course so far, has proved the fact that the handing over of what matters us to a bunch of political back scratchers taking advantage of the revolution, either under the motto of “Consensus,” promoted by the Higher Authority For the Fulfillment of the Revolution Objectives, or in the name, or in the name of “Electoral Legitimacy” springing out of the Constituent Assembly, cannot but lead to the reemergence of the same authoritarian regime, with the same economic and social plans, only with different new faces and a new liberal democratic setting which steals the masses’ right to manage its own business submitting it to a handful of bureaucrats and bottom feeders whose only interest is scrambling and fighting for power and sovereignty.

If the revolted masses fail to assure the autogestion of all aspects related to economic, social and administrative life through local self-management councils in districts, towns, counties and villages, and fail to manage all social life aspects through a central Popular Assembly composed of local councils’ members who are elected, assigned and, ousted by communities; if they fail to transform means of labor into social property which are run in a cooperative way according to plans that could be designed by experts under popular supervision so as to guarantee the social production that satisfies real social solidary needs for every member of society and cuts with the capitalist way which puts social energies at stake for the sake of profit and competition; also, if the beaten masses do not initiate a reordering process of police, the military, the judiciary and the public administration on the basis of elections so as to end up with hierarchy and privileges and to impose a popular supervision on these institutions so as they work in the service of the people and cease to be alien organisms imposed in a bureaucratic and authoritarian way; if the masses do not initiate rearranging of big land ownerships into cooperative ownerships supervised by elected councils that work together to liberate the agricultural production from the monopoly of large landowners and orient it to the satisfaction of the people’s real needs so as to cut with all forms of intermediacy, if the people fail to claim its right to choose the convenient production mode of its material and spiritual life in a free and solidarity way through elected local and regional councils, if the masses fail to realize such revolutionary initiatives without the intervention of the least political party, then the political, economic and social system will prevail and produce the same favorable conditions for the crisis which, at the end of the day, in the absence of revolutionary solutions created by the masses, not imposed by political parties’ pre-designed programs, will lead us to the total chaos many people witnessed and anyways will not lead us to the realization of the uprising masses objectives.

Indeed, nothing is going to change if the movement remains limited to protests and demands. Regardless of which political party is in power, the prevailing system has proved its incapacity to satisfy such demands. Hence, the revolutionary movement is today in front of two alternatives: either stepping inside a new phase where masses take the initiative of reorganizing the social, economic and administrative life and impose it as fact, or exhausting its energies on limited sectoral and regional demands which will provide the fighting political elites within the system with enough time to reorganize under the mottos of “Consensus” and “Commonweal,” and to proceed by then to the preparation of a counter-attack that is capable of drowning the country in bloody repression paving the way to one or another political party to invest popular militance to better situate itself within the battlefield of partisan conflict over power.

However, stepping inside a new phase of the revolutionary course requires a most decisive evolution on the level of organizational structures for the movement cannot go forwards if its ranks do not unite and fuse energies against the organized power of the State and its repressive apparatus. All revolutionary groups are confronted with a crucial mission, that of coming out of the current status of balkanization and sort of autism that is based on limited categorization, a status that is keeping them in a marginal position hindering its potential contribution in elevating the masses’ revolutionary efforts.

A simple survey of different groups’ activities born out of the uprising wave unveils the existence of fatal weaknesses that could be summed up to the following:

• Retrogression to small groups with limited logistic and material means, groups of little influence that do not interact with each other thus incapable of creating independent militance themes other than political parties agendas. Indeed, often these groups represent for political parties nothing more than fuel to be invested in conflicts.

• Dependence on and limitedness in regional and sectorial aspects which prevent them from becoming a unified and influential force which make trapping and blocking them an easier task for the State apparatus.

• Its propaganda’s impotence to reach masses due to limited material and logistic means. In this context, apart from social networking sites with little influence or a few occasional activities, we scarcely find any organized publications or widespread inciting pamphlets.

• Absence of alternative modes of information that could break with the monopoly of mainstream media and the incapacity and failure to organize collection of constantly actualized data necessary to provide an inclusive, all-encompassing feedback about the general situation.

• Absence of spaces or institutions for the organization of intergroup discussions that focus on unifying objectives and tactics, a fact that facilitates infiltrations of dead religious ideals and ideologies which gradually turn into barriers dividing revolutionary militants and eventually turning these groups into masked partisan organisms.

• Limitedness to a few social categories (Youth, especially students), which puts large popular sectors outside these groups’ circle of revolutionary efforts. The abandoned masses are again used for the advantage of parties and bureaucratic syndicates which isolate them from the revolutionary movement and orient them towards limited sectorial and reform protests. Worse, they often turn the mobs against protests and encourage conservative attitudes among them.

The mentioned weaknesses, among many others, urge the revolutionary elements to take the responsibility of creating a practical organizational and planning structure that is capable of unifying forces which is the only starting point if we are to overrun the current situation. In this context, we would like to suggest to our comrades the following points that could be represent a unifying general plan of action:

1- Militance for a new economic and social mode that breaks with capitalism and its economic mode that is based on profit and competence. This break cannot be achieved unless the ownership of means of labor necessary for the production of social fortune is not turned into social ownership managed by cooperatives where all members of society contribute on the basis of fair and solidary distribution of efforts and fortunes, and unless production is not oriented towards the satisfaction of people’s real needs not towards the accumulation of profit.

2- Militance against authoritarian State apparatus and its hierarchal structures no matter the form it takes, liberal democratic or fascist totalitarian, theological or progressionist. The objective is the creation of cooperative self-managed administration of communal affairs where every member of society contributes in a direct way without the least political representation or any political quota system. According to historical experiences of revolutionary movement and the lessons deducted from them, the most convenient way is that local autogestion councils in cities, districts, villages and counties secret a national autogestion council through the direct election of delegates who are assigned for predesigned missions and who could be ousted. In this context, our revolutionary tactics are based on supporting and contributing to all spontaneous initiatives taken by revolted masses in order to establish revolutionary councils which mission are the expansion of militance and the imposing a cooperative self-managed authority parallel to the State and its Apparatus.

3- Resistance against all tools of social taming seeking to hold back the massive revolutionary movement within the limits of the prevailing social regime no matter the forms they take whether syndicalist (Bureaucratic Unions), partisan (both ruling and opposing political parties involved in the regime), religious (theocratic parties and religious institutions legitimizing oppression and exploitation), human rights or cultural forms (Associations, Governmental or Non-governmental organizations.) In this context, we support and contribute to any initiative aiming at the creation of free, independent and self-managed social spaces which manage the material and spiritual life of all society members on the basis of liberating beliefs from all sorts of enforcements or constraints either in the name of “Identity” or “Enlightenment,” specially initiatives resisting the division of the revolutionary movement under any religious, sectorial or tribal slogans.

4- Attach to all revolutionary movements fighting global capitalism worldwide for we consider the promotion of international solidarity among revolted masses in the East as well as in the West to be the only practical way of, on one hand, resisting all forms of political and military interventions of global capitalism poles seeking to counteract the revolutionary wave witnessed many countries witness, and preventing, on the other, any attempt to drag workers and all the victims of capitalism to stand behind the rivaling Bourgeoisie poles in the name of “Defending the Nation,” “Spreading Democracy,” “War on Terrorism,” or any other kind of illusory ideological mottos.