Thousands of workers employed by Dubai’s largest construction firm, Arabtec, stayed away from work on Sunday to back wage demands, a rare labor protest in the Gulf emirate, where trade unions are banned, staff said. 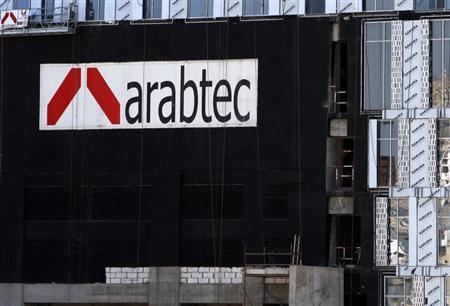 Most blue collar workers in the Gulf Arab states are migrant laborers hired on a contract basis from South Asian countries such as India, Pakistan, Bangladesh and Nepal, and strikes are uncommon.

Migrant workers in Dubai are often employed at wages that are low by Western standards and housed in dormitory-style accommodation on the outskirts of the city, part of the United Arab Emirates, a regional business and tourism hub.

Two Arabtec employees who asked not to be identified said several thousand workers engaged on various projects did not report for duty on Sunday and stayed in their accommodation.

A sub-contractor confirmed the stoppage, saying he had to call back his workers from one Dubai work site after Arabtec laborers failed to show up on Sunday.

Asked for comment, an Arabtec spokesperson said: « We are working to resolve the situation as quickly as possible, alongside the Ministry of Labor and the Police Authority. »

The UAE Labor Ministry told Reuters a team of the ministry’s Labor crisis management committee was « closely following the work stoppage by a number of Arabtec’s workers ».

The ministry added that Arabtec was paying the workers according to contracts it had signed with them, and said their accommodation was in compliance with Labor regulations.

It said the laborers were receiving meals and had free transportation, housing and health insurance, services that it said were at least equal to their salaries.

The employees said the strike began on Saturday and that the workers were determined not to end it without a pay rise.

« They are upset at the low wages and also about not being paid for overtime work », one employee told Reuters. He said workers at his site were paid between $160 and $190 a month.

« The protest started in Abu Dhabi on Saturday and today (Sunday), workers in Dubai have also joined, » he said.

Arabtec, the largest publicly-listed construction firm in the United Arab Emirates, was part of a consortium that won a $653 million contract in January to build a branch of France’s Louvre museum on Abu Dhabi’s Saadiyat Island. It was not clear whether this project was affected by the protest.

Arabtec was among the contractors that built Dubai’s palm-shaped island projects and the world’s tallest tower, the Burj Khalifa.

Dubai’s building boom stalled in 2009 after the global slowdown triggered a collapse in its real estate sector, with prices falling by over 50 percent from their peaks of 2008.

Construction has gradually picked up as developers have revived stalled projects and announced new ones including the world’s biggest Ferris wheel and more than 100 luxury hotels.