US teargas shipment arrives in Suez

A shipment of teargas canisters from the United States arrived at the Abadeya Port in Suez on Sunday, according to official documents obtained by Al-Masry Al-Youm. 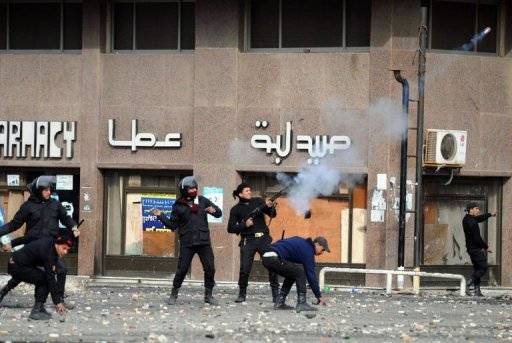 Five containers carrying 140,000 teargas canisters were shipped to the Interior Ministry by Aramex International, a courier service based in Alexandria.

The shipping documents stipulate that only the Egyptian government may use the canisters, and that they are forbidden to re-export the shipment or sell it to third parties.

The shipment sailed from the port of Wilmington, Pennsylvania on 14 March on board the SS Jamestown. A letter of credit was forwarded without specifying the name of the bank, and the Egyptian government paid the freight fees.

In February, Al-Masry Al-Youm reported that the Interior Ministry agreed to import the canisters for US$2.463 million (LE17.241 million), to be shipped by an Egyptian military cargo plane.