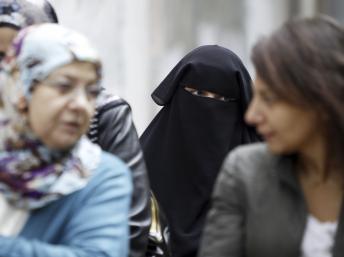 Sexual assault in Tahrir: What it means, and how to stop it

A woman was sexually assaulted with a bladed weapon on Friday night, leaving cuts on her genitals, in central Cairo, in the midst of what was purportedly a revolutionary demonstration.

Read that line over again a few times, and think on it.

If you have any more room in your mind for horror after the past 24 hours: After the deliverance of death sentences to 21 civilian fans of the Port Said football club (themselves accused of brutal crimes), after stadiums full of other fans cheered those same death sentences in Cairo, after the death toll in the resultant clashes surpassed 30, then keep thinking on it.

She was one among at least 19 women sexually assaulted in and around Tahrir Square on Friday night, according to accounts collated by Operation Anti-Sexual Harassment, an activist group. Several women were stripped, and raped, publicly, as men pushed their fingers inside them. There were other attacks involving bladed weapons. Six women required medical attention. No doubt there were more assaults, uncounted.

One brave survivor of such an attack last November published her story on the website of the Nazra feminist group.

« All that I knew was that there were hundreds of hands stripping me of my clothes and brutally violating my body. There is no way out, for everyone is saying that they are protecting and saving me, but all I felt from the circles close to me, sticking to my body, was the finger-rape of my body, from the front and back; someone was even trying to kiss me… I was completely naked, pushed by the mass surrounding me to an alley close to Hardee’s restaurant … I am in the middle of this tightly knit circle. Every time I tried to scream, to defend myself, to call on a savior, they increased their violence, » she wrote.

At 6 pm last Friday (25 January) I was walking in the square, in the area where the large stage normally is, just as dark was falling, when I saw another such incident.

Perhaps 30 meters away, an eddy in the crowd had formed, with a woman of perhaps 40, apparently Egyptian, at its center. Concentric rings of men swirled around her as she screamed. I tried to get close to her, pushing my way through.

The crowd around her eventually moved her to the green railings, as she continued to scream. I was just a few meters away when she disappeared from view, pushed to the floor. When I regained sight of her, she had been stripped naked, and the terror was visible on her face.

I identified one young man who was certainly an attacker, grabbed him, and pulled him back. He turned to me; I expected a punch, or at least a snarl. Instead he just grinned.

At one point, her naked body was folded face forward over the green railings which divide the pavements of the square from the road.

I lost sight of her again, believed she had been pulled over the railings, and went to make my way round to the other side. I don’t know if I was mistaken, or how or why she ended up going back, but when I saw her again she was on the tarmac, finally being defended by two or three large guys using belts as whips. An ambulance eventually made its way to her, through the crowd, and she was bundled in.

As I walked away, a few people asked me what had happened: I told them, « sexual assault, very ugly, very serious. » Each time, someone chipped in to deny what had happened just a few meters away.

If evidence were needed, five minutes later it began again a few dozen meters away, the whorl, the scream, the fingers pushing. This time, a few of us managed to get one woman away, a girl in her teens, but she had been separated from her mum, and was sobbing uncontrollably.

We hid by a kiosk to try and calm her but the kiosk owners asked us to leave because we were blocking the refrigerator. Eventually, she ended up hidden behind the metal shutter of a restaurant, still without her mum.

It is neither my place nor my wish to draw conclusions about « the revolution » from all this: I do not believe that is possible or wise. But I can say that as the familiar chants resonated in the square, the demands for justice, a new government and new constitution, I felt a little sick. Tahrir Square and its environs are not just a revolutionary space, they are also the terrain of brutal sexual assault.

It is both a place in which people both demand dignity for themselves and, in some cases, violently strip it from others.

This fact, made more plain last night than it has ever been before, must be confronted head on. As I discovered, it is not possible to do that alone, and the image of the woman I could not reach sits uneasily on my conscience.

Operation Anti-Sexual Harassment is one of several initiatives which have formed on that basis, and is supported by several established organizations, including the Egyptian Initiative for Personal Rights. On Friday night around 100 activists were involved in a variety of roles including medical, legal and emotional support, as well as publicity.

Thirty of them, men and women, gathered themselves into groups, and set out into the square to physically rescue those who were being assaulted. They assisted fifteen, around eight of whom were eventually brought to safety in one of the group’s safe houses.

Several of them, men and women, were sexually assaulted themselves. They knew this could happen, and they understood what it meant. They did it anyway.

Two of the women who the group helped have asked to join, one of whom who did so while yet to reach a safe location.

The group believes that it needs to have six to eight groups of 15 people to cover the square effectively, and prevent individual activists being picked off and assaulted. There are places for people in roles which do not run the risk of violence.

The group neither seeks to dissuade anyone, male or female, who takes an informed choice to fight physically from doing so, nor does it value less those who choose to contribute in other ways.

At times, the cat and mouse clashes between masked groups of young men and the police can feel somewhat staged, directionless and formulaic. As much as they are an expression of real and legitimate anger, they are often also expressions of teenage machismo, even silliness.

The interventions of Operation Anti-Sexual Harassment have none of these qualities. They are visceral, principled, and uncompromised. They require real bravery. They stand in sharp contrast to the practical acquiescence of the major political forces, who like to claim credit for Tahrir’s energy, celebrate its martyrs, and ignore its dark side.

Tahrir needs to be a space worth defending. It is not revolutionary by any right, but only insofar as as those who use it make it so. It is not inevitable that Egypt’s revolutionary street politics be undercut by a current of rape. But that is what is happening now. It can, however, be changed. Perhaps next year the story will be different.

Operation Anti-Sexual Harassment is collecting testimonies of those who have survived or witnessed sexual assault, and welcomes volunteers. Email them.