Wenzhou villagers riot over substation they fear is health threat

More than 1,000 Wenzhou locals clash with police over plant they fear is a health threat. 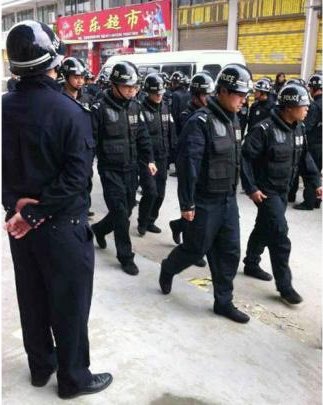 More than 1,000 villagers have clashed with police in Wenzhou over the construction of an electrical substation, despite recent central government promises for changes to reduce « not in my backyard » movements.

Hundreds of the protestors in Liuliang and Fangbei villages were injured after confronting police, in a bid to stop construction of a 220-kilovolt substation. The project would require building high-voltage power lines over their homes, which some feared could threaten their health.

At least four police cars and a local media van were badly damaged in the clashes, which involved protests in each of the two villages.

The earlier protest, in Liuliang, involved about 1,000 villagers and 2,000 police, the Hong Kong-based Information Centre for Human Rights and Democracy said yesterday. Two police cars were smashed and officers closed roads to the restive village.

A smaller protest in Fangbei continued until yesterday afternoon, when police called in reinforcements to help disperse some 300 villagers, said one resident who uploaded a video of the scene to the internet. The footage shows police firing tear gas at stone-throwing protesters.

Local residents have been trying to stop the project for more than a year and have petitioned in the provincial capital of Hangzhou, as well as Beijing. Protesters reportedly clashed with police during a rally outside the township’s government headquarters last year.

« So far, authorities haven’t responded to us on this, » a villager said. « They haven’t given us any money for this damaging project, either, although they always claim that they have distributed compensation to us. »

Disputes over large construction projects are occurring with increasing regularity on the mainland, including a successful effort to stop the expansion of a petrochemical plant in Ningbo last month.

Last week, Environment Minister Zhou Shengxian blamed the rise of « not in my backyard » movements on poor management by local authorities and promised measures to improve transparency and environmental reviews.

An overturned police vehicle at the scene of the clashes in Longgang township in Wenzhou’s Cangnan county, Nov. 20, 2012.

More than 10 people have been hospitalized after a clash between police and residents protesting plans to run high-voltage power transmission cables above their homes in the eastern Chinese city of Wenzhou, activists said Wednesday.

The clashes were sparked late on Tuesday in Longgang township in Wenzhou’s Cangnan county after several hundred local people staged protests against the construction of an electricity transforming station near the township, according to online posts.

« They [police] used batons, tear gas, and there was a while I thought they would start firing live ammunition, » said one Longgang resident surnamed Feng.

« This was against farmers who had only sticks and stones [to defend themselves], » he said.

« They fired a lot of tear gas, » Feng added. « There was a pall of white smoke over the whole place, and people couldn’t open their eyes. »

Feng said the authorities appeared to have hired unofficial muscle as back-up.

« There were a bunch of random-looking people carrying bludgeons, » he said. « They were beating up local people, and a lot of villagers got hurt and had to be taken to hospital. »

Feng said « more than 10 » people were still in the Longgang Township People’s Hospital on Wednesday, recovering from injuries, some of which he said were serious.

He said police had continued their crackdown on protesters with detentions.

« The police came three times in the night and took people away, » Feng said.

Feng said local residents were angry at not having been consulted over plans to build the transformer just 300 meters (984 feet) from their homes, and to run high-voltage cables over the area.

« Around 500 people showed up here [on Tuesday] and were going to install the cables whether we liked it or not, » he said. « Of course the villagers were going to resist them, because their rights and interests had been violated. »

« Most of the people in the village are women, but there were male and female, young and old, even kids, who went [to protest], » he said.

Video footage shot by villagers and posted to the video-sharing site Youku showed white smoke billowing while police in riot gear with shields and batons retreating into vegetable fields as villagers overturned an SUV into an irrigation canal.

Minutes later, villagers rallied against police, hurling stones and lumps of earth from the fields, while crowds thronged the main highway, where police buses clustered.

A second Longgang resident surnamed Zhang said the authorities had sent « several hundred » people, including police, to the site of the planned transforming station on Tuesday afternoon.

« The villagers used weapons like bricks, wooden sticks, stones, beer bottles and knives to try to halt construction, » he said. « The police beat us up with their batons, but the local people only had what they could find lying around to fight back with. »

« The riot police fired the tear gas… we didn’t count how many, but the whole area was wreathed in smoke, » he said.

Zhang said police and protesters had both sustained injuries, including the township’s political and legal affairs secretary Lu Cunyang, who had been taken to hospital.

He said the construction crew had been forced to abandon their work.

A third resident surnamed Fang also said more than 10 people had been taken to hospital with injuries, and some of them had been taken away from there by police.

« The Longgang police station started detaining people late Tuesday night at the hospital, » Fang said. « Five of them were accused of leading the protest and were taken to the police station. »

« The authorities have designated this a mass incident and are carrying out an investigation, and some of the villagers will be charged and sentenced, » he added.

Fang said the planned transforming station was being built on farmland which had been taken by force from collective ownership by the village, without the consent of the wider community.

He said the villagers would fight the plans « to the bitter end. »

« Transforming stations inevitably produce electromagnetic fields, and they can have a big impact on humans, for example, making women more likely to have miscarriages, » Fang said.

« They also contribute to an increased risk of cancer, and affect people’s throat and respiratory tract, » he said.

« All of this makes people very worried. »

An official who answered the phone at the Longgang township government offices on Wednesday hung up the phone as soon as the RFA Cantonese service reporter identified themselves.

Meanwhile, an officer who answered the phone at the Longgang police station declined to answer questions because he was unable to confirm the identity of a journalist.