[Wellington] « They killed Rémi : Smash them »

This morning the front doors of the French Embassy in Wellington have been covered with a message to the French government. 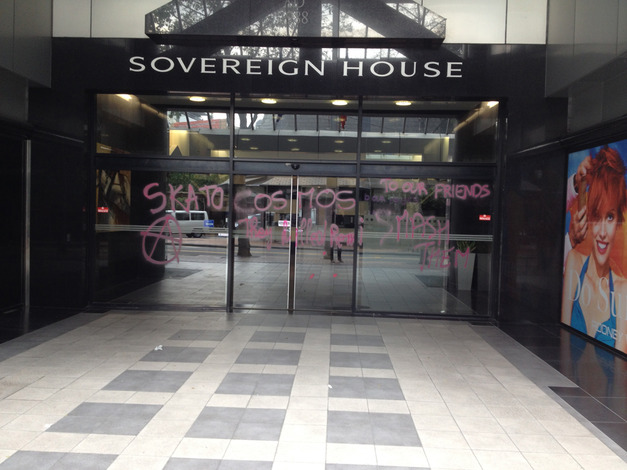 This action was taken to express the rage and horror at the murder of Remi Fraisse, 21, a French eco-protester killed by police GRENADE at protest against a dam. He was found dead Sunday morning, 26 October 2014, with wound to his back.

Prosecutor says injury was caused by explosion, possibly a police grenade.
Government have so far refused to comment on allegations against officers.

His death is the first during a protest on mainland France since 1986.

Fellow protesters planted trees at the controversial project site at Sivens in the Tarn region in southern France.

“It’s a symbolic way to give back life to this landscape of disaster. And I understand Rémi – because we’re here for him as well. He fought for life not death,” said one protester.