Siberian artist: “We give away our resources and get piles of dumb laws in return”

A “march for federalization of Siberia” is planned for August 17th in the unofficial Siberian capital of Novosibirsk, under the slogan “Enough feeding Moscow.” “Our goal is to create a Siberian Republic as part of Russia,” explain the protest organizers in their official group on VK.com, Russia’s Facebook equivalent (the group was blocked on August 1st by request of the Prosecutor General). They believe federalization will allow Siberians to introduce rebates and wage premiums for those living in areas “with harsh climate conditions” and ensure fair distribution of revenues between local and federal budgets. The march organizers will also demand greater autonomy for local authorities from the federal government, citing the Russian constitution. 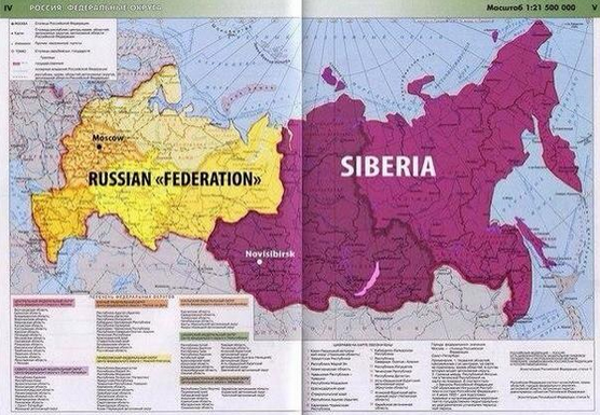 A group of Novosibirsk activists and artists have been promoting the idea of Siberian autonomy for quite a long time. Before the 2010 Russian census, a Novosibirsk musician, Sayan Andriyanov, and artists Konstantin Eremenko and Artem Loskutov held a press conference urging locals to state their ethnicity as “Siberian” to census officials. The census showed that 4,116 people followed their call, while the previous 2002 census counted only 10 “Siberians” across Russia. 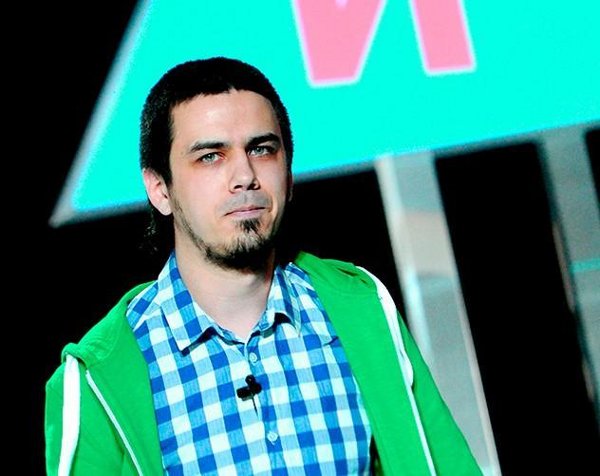 Did you come up with the idea of the march?

I’m not an ideologist. Everything is very decentralized, as befits those advocating decentralization. I will take part in this protest as on ordinary person who cares about the future of Siberia and Russia as a whole. I’ve been interested in this issue, shooting movies and trying to stir up the people. Now a new wave is coming, caused by the recent events we all know about [the Russian-backed « federalization » movement in Eastern Ukraine].

Did you purposely name the protest a “march for federalization” to create an association with the DPR and LPR [the pro-Russian separatist quasi-republics in Eastern Ukraine]?

Sure, isn’t it obvious? If we are offered such rhetoric as legitimate, we are going to use it. But one of the organizers did explicitly state in an interview that we don’t endorse Russia’s political support for the people’s republics.

Is there a real influence of the events in Eastern Ukraine on autonomy ideas in Russian regions?

There is a great influence, it’s the leading topic of the last few months.

Is Artem Loskutov planning to appoint himself People’s Mayor of Novosibirsk [akin to the multiple « people’s mayors » in Eastern Ukrainian towns under rebel control]?

Has your march been sanctioned? How many people do you expect to attend?

I’m not working on the sanctioning process, other people will do it soon. I hope the protest will be sanctioned, but I don’t know how many people will come.

I can’t help but ask: isn’t a call for separatism illegal under the new law?

It’s not about separatism, it’s in full compliance with the law. We are talking about creating a new region within Russia.

Is it only Siberia that deserves federalization or do other regions need more autonomy as well?

Everyone deserves it. Our constitution provides for independence of regions, the law just has to be put to work. We must have as much autonomy as possible. It’s stupid to live in Siberia according to laws pushed from St. Petersburg by Milonov [a St. Petersburg regional ultraconservative MP notorious for introducing the discriminatory law banning « gay propaganda », now active nationwide]. Siberia gives away her resources and gets piles of dumb laws in return.

How long have you been fighting for Siberian independence?

The movement has existed since the mid-19th century. There is a street in Novosibirsk named after Potanin, the founder of the movement. This has quite a history, and talk that Siberia has colony status – and that it isn’t right – has been around for over 100 years.

Has this idea seen an upsurge in popularity thanks to the artists’ efforts?

I’ve seen several waves. In 2011, on the eve of the nationwide election protests, a group of activists shot a movie “Oil-for-Nothing” about the awful state of intercity roads in Russia. All the good roads lead to Moscow and flights also go through Moscow, so you have to change planes in Moscow if you want to get from one city to another. And people have been seeing a certain imbalance.

Is this idea popular only among artists and politicians, or do people talk about it as well?

It’s the politicians who never mention it openly, but the idea is very popular among common people – just talk with any Siberian. Everyone understands Siberia is feeding the country by supplying oil and gas – the main resources sold abroad – yet Siberia isn’t the main beneficiary. It’s obvious, and no one can argue with that.

Propos recueillis par Vera Kichanova pour Slon.ru [Editor’s note: This article has since been censored in Russia, pulled down from Slon.ru by the Russian state prosecutor’s office who had threatened the news site with a 24 hour warning to comply or face being shut down entirely.] Traduit en anglais par Kirill Mikhailov et publié par Andrew Kinder – Euromaidan Press, 1er août 2014