Organized crime helped Putin grab Crimea, and may open the way for him to take more of Russian-speaking Ukraine.

DONETSK, Ukraine — I was talking to some young black-clad pro-Russian agitators at a checkpoint they’d set up on the outskirts of this city in eastern Ukraine when a shiny black Mercedes pulled up a few yards away. Some of the men from the group walked over and stuck their heads into the car. I couldn’t see who the capo was, couldn’t hear what orders he was giving, but the scene was like something from a movie about the mob. Nobody wanted to say who that was in the car. Nobody wanted to repeat what he’d said.

Such scenes are increasingly common in this contested part of Ukraine near the Russian frontier. “Bosses are starting to appear on the fringes of the protests, they are middle-aged, older and better dressed than the younger men who are in the vanguard of the protests,” says Diana Berg, a 34-year-old graphic designer. The grassroots agitation in favor of Russia has become less spontaneous and more focused in recent days.

Before and since Russia’s move to annex the Crimea, many who favor the pro-European government in Kiev have argued that these “bosses” might be provocateurs from Russia’s FSB intelligence service or Spetsnaz special forces infiltrated into Ukraine to orchestrate pro-Russian sentiment. But Berg, an organizer of the pro-Ukrainian rally last week where pro-Russian thugs stabbed a student to death, says there’s a different and in some ways more frightening explanation: the ominous hand of organized crime. 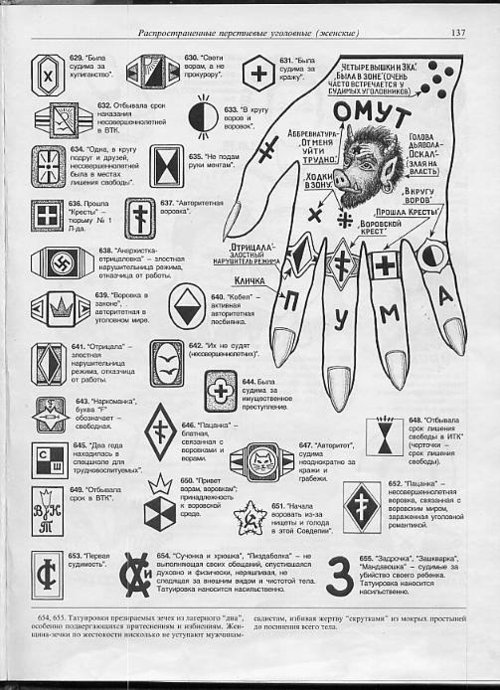 A public prosecutor, who declined to be named in this article for reasons of personal safety, says local hoodlums are operating among the pro-Russian protests in the restive eastern Ukraine, helping to direct them on the instructions of Kremlin-linked organized crime groups. He points the finger specifically at the notorious Seilem mob, which has been closely tied over the years to ousted Ukraine President Viktor Yanukovych, a onetime governor of Donetsk, who is now in exile in the Russian city of Rostov-on-Don.

“We have already seen organized crime working hand-in-hand with the Russians in Crimea,” says the prosecutor. In that breakaway Black Sea peninsula, Moscow helped install former gangland lieutenant Sergei Aksyonov as prime minister, and his background is well known. Aksyonov and his Russian separatist associates share sordid pasts that mix politics, graft and extortion in equal measure and together they helped steer Crimea into the Russian Federation. Police investigations leaked to the Ukrainian press accuse Aksyonov of past involvement in contract killings. Back in January 1996, Aksyonov was himself injured after his car overturned on the Simferopol-Moscow road during a shootout.

“Why should it surprise you,” the prosecutor in Donetsk asks, “if the same dynamic [as in Crimea] is playing out here? … Maybe there are Russian intelligence agents on the ground, but Moscow through crime networks has an army of hoodlums it can use, too.”

The international media were late to pick up on Crimea’s toxic nexus of organized crime, political corruption and politics. But across post-Soviet Ukraine the three have long been regarded as interchangeable and inseparable. And the eastern and southern parts of the country are the worst of all. “Political corruption is ingrained in eastern Ukrainian political culture,” the Jamestown Foundation, a Washington-based think tank, noted in a 2012 study.

The three regions most notorious for the closest relationships between gangsters, oligarchs and politicians—Crimea, Donetsk and Odessa—were the most resistant to the Euro-Maidan revolution that led last month to the ouster of Yanukovych. And now all three regions are at the forefront of the pro-Russian fight-back against the new national leaders in Kiev.

Taras Kuzio, a research associate at the Canadian Institute of Ukrainian Studies at the University of Alberta, who wrote the Jamestown report, says the internal political turmoil in Ukraine should be viewed through the lens of the hand-in-glove relationships between politicians, mobsters and the so-called “red directors,” managers-turned-businessmen who are steeped in the ways of Soviet-style public sector corruption and deal-making.

The red directors also have their protégés: men such as billionaire Dmytro Firtash, the gas-trading mogul who was arrested by Austrian police on suspicion of mob activity earlier this month following Yanukovych ‘s ouster. Nor are the ties limited to the Ukraine. Their tentacles embrace Moscow: Firtash has joint business ventures with Russian billionaire Arkady Rotenburg and his brother, Boris, close friends and judo sparring partners of President Vladimir Putin. The Rotenburg brothers, not coincidentally, are prominent on a U.S. sanctions list announced Thursday by President Barack Obama to target  Putin cronies.

The symbiosis of politics, organized crime and unscrupulous biznesmeni developed quickly in Ukraine after the collapse of the Soviet Union in much the same way as it did in Russia. The ambitious, the greedy and the powerful lunged for the huge profits that could be made. The state was disintegrating. The big industries – energy, mining and metals – were being privatized, and may the most ruthless man win. “Individuals such as Yanukovych, Aksyonov and their Donetsk and Crimean allies literally fought their way to the top,” says Kuzio. In Donetsk, Yanukovych as governor “integrated former and existing organized criminal leaders into his Party of Regions,” says Kuzio.

In Crimea, “every level of government was criminalized,” according to Viktor Shemchuk, who served for many years as the chief public prosecutor in the region. “It was far from unusual that a parliamentary session in Crimea would start with a minute of silence honoring one of their murdered ‘brothers,’” Shemchuk recalled in a December interview with the Organized Crime and Corruption Reporting Project, a consortium of investigators and journalists tracking developments throughout Eastern Europe.

Donetsk was no different. A March 2006 cable from the US embassy to the National Security Council – one of several on Ukraine released by WikiLeaks – noted that Yukanovych’s Party of Regions was a “haven for Donetsk-based mobsters and oligarchs” and had commenced an “extreme makeover” with the help and advice of U.S. political consultants, including “veteran K Street political tacticians” from Washington D.C. and a onetime Ronald Reagan operative, “hired to do the nipping and tucking.”

According to the cable, Yanukovych was “tapping the deep pockets of Donetsk clan godfather Rinat Akhmetov.” Now supposedly Ukraine’s wealthiest oligarch, Akhmetov has been keeping a low profile in these early post-Yanukovych days, staying out of the limelight and issuing inoffensive statements on how important it is for everybody to get along.

Another US embassy cable from then-Ambassador William Taylor in September 2007 drilled down on how Yanukovych was centralizing Donetsk crime and political and business corruption in his party – something he would go on to do on an even larger national scale when he was subsequently elected as President in 2010. After Yanukovych became president, according to Ukrainian officials, more than $20 billion of gold reserves may have been embezzled and $37 billion in loans disappeared. In the past three years, they claim, more than $70 billion was moved to offshore accounts from Ukraine’s financial system.

The Americans have sent teams of experts to Kiev to help Ukraine’s interim leaders follow the money. “We are very interested in working with the government to support its investigations of those financial crimes,” U.S. Ambassador to Ukraine Geoffrey Pyatt told reporters last week, “and we have already, on the ground here in Ukraine, experts from the FBI, the Department of Justice and the Department of Treasury who are working with their Ukrainian counterparts to support the Ukrainian investigation.”

Many of the financial crimes are likely to trail back to Moscow. Yanukovych confidant Firtash (the gas mogul picked up in Austria) admitted during a December 2008 meeting with then-US Ambassador Taylor that he had entered the energy business with the assistance of the notorious Russian crime boss Semyon Mogilevich, who, he said, worked with Kremlin leaders. 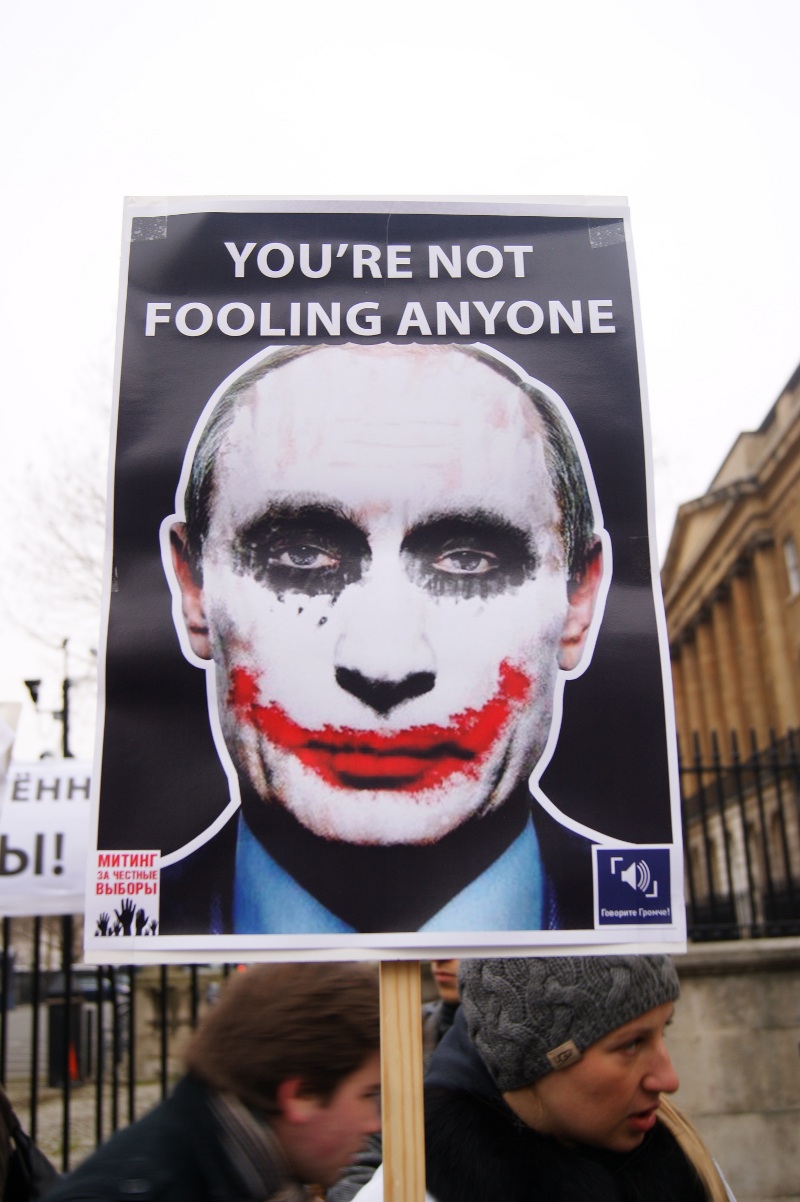 “Many Westerners do not understand what Ukraine was like after the break up of the Soviet Union,” Firtash told the ambassador. When a government cannot rule effectively, the country is ruled by “the laws of the streets,” he said. That’s still the rule. The old order has much to fear from reform and change and will do all it can to preserve its wealth and power—and its best bet for that to happen is to look to Russia.

For precisely that reason, rights campaigners and reformers in Ukraine’s interim government are racing against time to uncover as much of the mob story as possible. An anti-corruption panel headed by Tetyana Chornovol, an investigative journalist who was nearly beaten to death in December for her reporting, is starting in earnest to recover billions of dollars of stolen money and piece together the financial crimes of the Yanukovych regime.

The Daily Beast learned something about these operations first hand when a team from the organized crime police raided a discreet boutique hotel in downtown Kiev where this correspondent was staying.  According to the police the hotel is owned by Eduard Stavitsky, Ukraine’s former energy minister. He is now believed to be in hiding in Russia. The police searched all the rooms looking for any Stavitsky documents and combing through financial records. As one of the investigating officers told me, “We need to move fast before the cover-ups start.”