[Qu’est-ce qui se passe à Istanbul ?] “We can choose our own fate through our own collective action”

The First Week of Resistance in Istanbul

We prepared a 7-minute video summarizing the events that took place around Taksim Gezi Park’s occupation by the people in Istanbul. 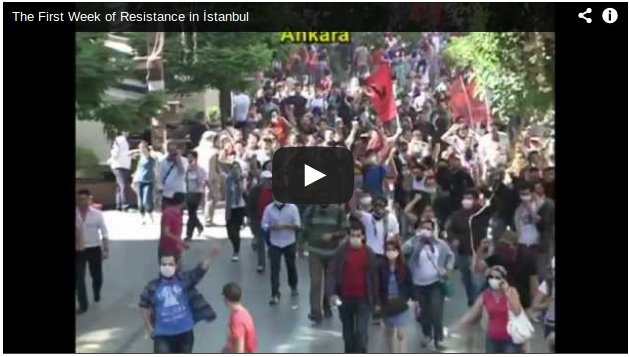 Today we are all someone new!

Many words are about to be spent on these four days. Lots of things will be written, and many grandiose political analyses are surely on their way.

But what has really happened in these four days? 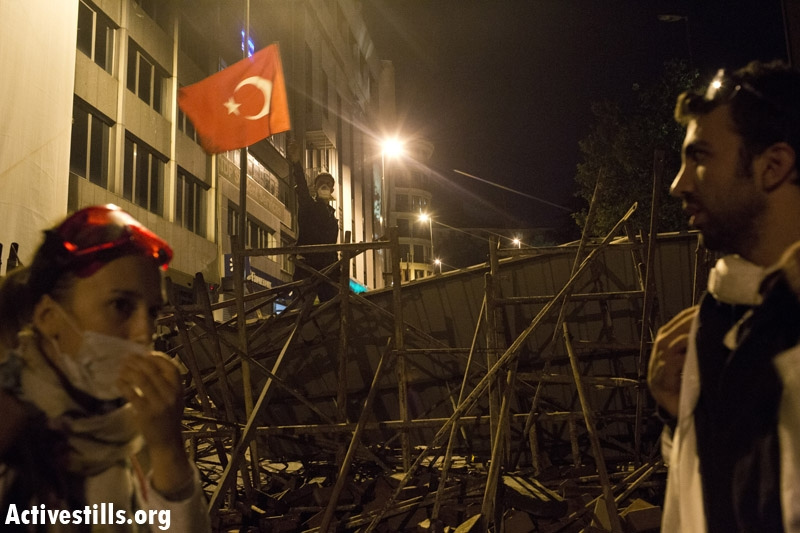 The resistance for Gezi Park ignited the collective capacity to organize and act between us common citizens. It took only a spark… we saw the very body of the resistance as it walked towards us along the Bosphorus bridge, we saw it endure without fear along Istiklal street; we saw its limbs in each one who, overcome by the excess of teargas, would still struggle to help one another; we saw it in the shopkeepers giving us food for free; in residents opening their houses to the wounded; in the volunteer doctors and in the grandmothers banging their pots at the window all night long as a sign of defiance.

The police waged a veritable war against us; they ran out of their tear gas stocks, they trapped us in metro stations and shot at us with rubber bullets — but they could not break this body. Because the body of the resistance, once on fire, could only go on. And now all of our experiences are part of a collective memory which will run through its veins like lymph, so that we may always remember one simple fact: that we can choose our own fate through our own collective action.

We can reclaim our life — and where we want to live it. 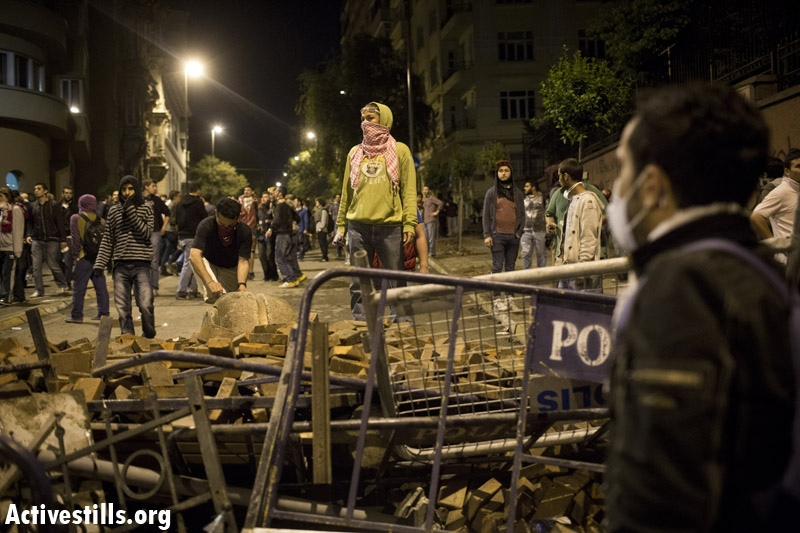 The journey which started in Gezi has nurtured our strength and courage with its tenacity, creativity, determination, and self-confidence. In no time, the resistance blossomed from Gezi park to Taksim Square, and from Taksim to all Istanbul and then the rest of the country. The struggle for Gezi park became the place to voice all our rage against anything preventing us from deciding our own ways of living in the city. After this display of rage and solidarity nothing will be the same again. Not one of us will be the same. Because now we have seen something about ourselves we had never seen before. We did not just see it: we made it together. We saw our own bodies ignite to a spark, and set the body of collective resistance to life. The struggle for Gezi park triggered a youth riot: it assigned a place and a meaning to one or two generations who have only lived through AKP governments and who equate Recep Tayyip Erdoğan with authoritarianism. These are the children of the families evicted from Tarlabaşı in the name of grand gentrification plans; these are the workers who lost their jobs in the name of cutting production costs and privatizing factories. Any struggle to come is now going to be enriched by these generations.

The struggle for Gezi Park and Taksim Square has set a new definition of what public space means. Reclaiming Taksim has shattered AKP’s hegemony in deciding what a square is supposed to mean for us citizens, because Taksim is now what the Resistance wants it to mean: our public square. We have seen the resistance that a single spark can ignite, and we know now that we are fully capable of lighting new sparks and new resistances. We can sense our collective might against the dispossession of our commons because we have had a taste of what resistance feels like. We shall not step back from where we are now. Because we know that we carry more than one spark, more than one struggle, and that it is only a matter of moments before a single spark turns into a fire.

This is only the beginning — the struggle goes on! 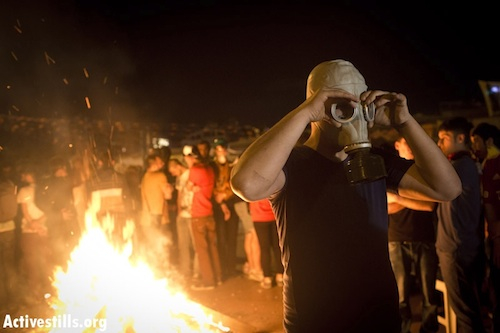 Turkey: the triple strike that could change everything

The confluence of a public sector strike, a manufacturing strike and an investor strike could combine to bring the Turkish government to its knees. 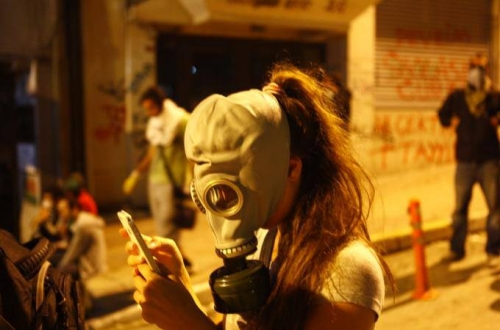 For days, Turkey has been rocked by massive street demonstrations and violent clashes between protesters and police. Ever since authorities brutally uprooted a peaceful sit-in in Istanbul’s Gezi Park, which the government intends to destroy as part of its urban ‘renovation’ projects, millions of Turks have taken to the streets in what amounts to nothing less than a spontaneous popular insurrection against the authoritarian neoliberalism of prime minister Erdogan’s Islamist government and a nationwide uprising for real democracy.

Now the obvious question on everyone’s lips is simple: what’s next? The honest answer is that it’s simply to early to tell. One development, however — largely overlooked by the mainstream media so far — might change everything. Historical “coincidence” has it that two major Turkish unions have independently announced two strikes for June: one by the confederation of public sector workers and one by the metal workers’ union. The former represents civil servants; the latter represents the workers of Turkey’s main manufacturing export engine.

As BBC Newsnight editor Paul Mason writes in his latest blog post, and as I argued in an earlier analysis of the ongoing protests, all eyes are now on the workers — for it is they who hold the key to the insurrectionary gateway that could turn this popular uprising into a full-blown revolutionary event. After all, Mubarak’s government in Egypt only fell after the young middle-class radicals who sparked the uprising managed to mobilize Egyptian workers — culminating into the February 8 Suez strike that threatened to cripple the Egyptian economy.

This is where the dual public sector and metal workers’ strikes may turn out to be crucial events in the development of the ongoing unrest. On Tuesday, June 4, the Public Workers Unions Confederation (KESK), representing 240,000 civil servants, will hold a 48-hour “warning strike” to protest “state terror” in the face of peaceful popular dissent. The strike had already been called last month but happens to coincide with the ongoing protests. If it is to be truly effective, however, this action needs to be turned into an indefinite general strike.

The Türk Metal Union has similarly been mulling a strike for June, although it is not yet known if and when it will take place. This strike could be the real game-changer. If the metal workers’ union manages to mobilize anything close to its 115,000 membership, the strike could paralyze the single most important export engine of Turkey’s manufacturing sector. Taken together, these two strikes could bring to a halt not only large parts of the the state apparatus but also the industrial base, putting major pressure on the government to back down.

Meanwhile, the stock market is collapsing, losing over 10 percent on Monday alone, hinting at investor fears that Turkey may no longer be the regional role model and capital safe haven it was once touted to be. Over the past decade, Turkey witnessed an investment boom of epic proportions, turning the country into Europe’s fastest-growing economy. Most of the recent inflows, however, are those of Arab sheiks who fear that their investments are no longer safe in Europe due to both the eurozone crisis and a clampdown on ‘dictatorial’ bank accounts.

These sheiks may now wish to deposit their money outside of Turkey, triggering a sudden evaporation of the financial base upon which the Turkish economic miracle of the past years ultimately rested. In other words, the ongoing popular uprising may trigger consequences far beyond those currently foreseen by most Western media commentators. The economy, as always, is the Achilles heel of the capitalist state, and by striking right at the heart of the process of capital accumulation the people can significantly weaken the government.

In the end, all of this comes down to a simple notion that I have expressed in a number of recent writings, including this conference paper. The capitalist state — regardless of whether it is developing or developed, democratic or dictatorial — is structurally dependent on capital. Without the constant circulation of investment in the economy, the state simply risks collapse. This is why a triple public sector strike, manufacturing sector strike and investor strike could be the unholy trinity that brings Erdogan’s authoritarian government to its knees.

Again, as I emphasized in my more extensive analysis of the protests and the prospects of revolutionary change in Turkey, all of this remains undetermined. The future is yet to be written. But the historical confluence of popular unrest in the streets, labor strikes in the public sector and manufacturing industry, and investor panic in the stock market may combine into a toxic potion that could take Turkey far beyond even the wildest dreams of those currently assembled in the streets. Again, all eyes are on the workers. 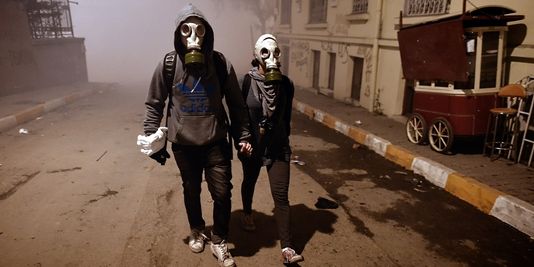 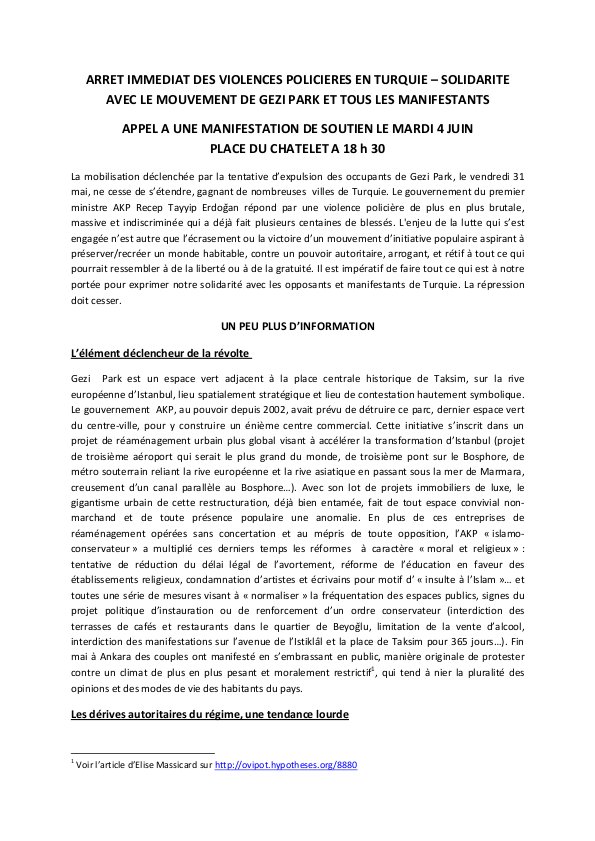 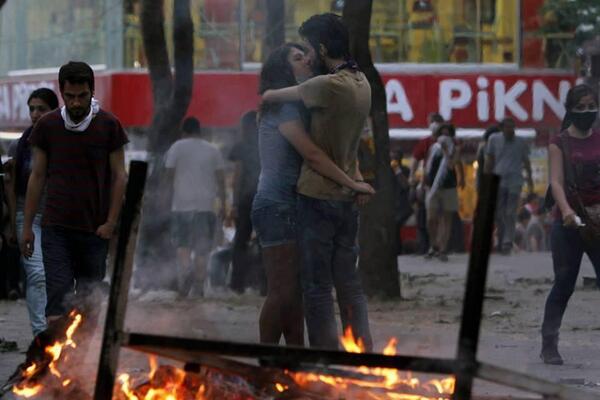 1 réponse à [Qu’est-ce qui se passe à Istanbul ?] “We can choose our own fate through our own collective action”