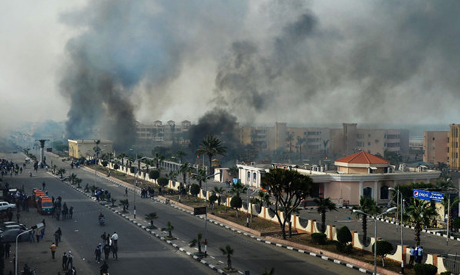 Production and commercial activity in the maritime city of Port Said are slowly returning to normal levels after having been brought to a halt during five days of recent political unrest, according to a report issued by the Egyptian Ministry of Manpower and Immigration.

The city’s production sector, however, has yet to return to business as usual, with production at almost 24 factories – employing almost 35,000 workers – having ground to a halt since violence erupted in the city one week ago, Gamal noted.

The city’s maritime transport facilities and the Port Said seaport, however, were not affected by recent events.

According to Gamal, the manpower directorate plans to financially compensate local factories that were negatively affected by the recent turmoil.

Violence erupted in the city on 26 February after 21 local residents were sentenced to death for involvement in last year’s Port Said stadium disaster, in which more than 70 football fans died. At least 39 people were killed in Port Said in clashes with police following the announcement of the sentences.