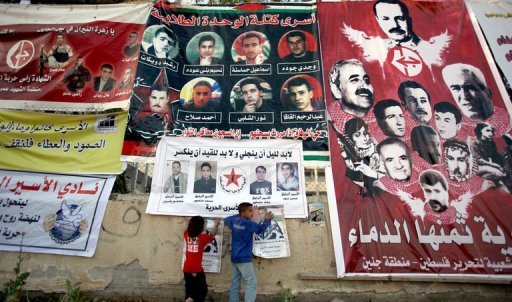 CAIRO (AP) — An Egyptian rights group on Tuesday accused the country’s police of « acting like a gang, » torturing detainees and continuing to use violence to impose control while the country’s president flounders at efforts to reform the powerful security apparatus.

The report released by The Egyptian Initiative For Personal Rights documented 16 cases of police violence in which 11 people were killed and 10 tortured inside police stations. Three died under torture during the first four months since President Mohammed Morsi took office on June 30, it said.

The police were among the most hated state institutions under Hosni Mubarak, Egypt’s longtime ruler deposed in a popular revolt in 2011. Flagrant abuse, torture and unjustified detention were some of the main drivers of the uprising.

« Police still use excessive force and torture is still systematic just as it was under the Mubarak regime, » the group said in its report, entitled « Killing Continues. » It also accused the police of carrying out random shootings and collective punishment.

The government did not immediately respond to the report. An Interior Ministry official who did not give his name because he was not authorized to brief the media described it as « untrue » and « full of exaggerations. »

The rights group said the cases it investigated show that police still operate with impunity and a complete absence of accountability, with an increasing number of cases where officers had acted « like a gang taking revenge. »

In one case, it said police attacked a village south of Cairo last summer, beating up pedestrians, smashing shops and destroying vehicles. When residents protested, police returned the next day, firing tear gas and live ammunition at random, leaving four villagers dead and others wounded.

In another case, a police force allegedly trashed coffee shops and beat people in a village in the Nile Delta region northeast of Cairo in September. The group said one young man was arrested and beaten to death inside a police station.

When angry residents protested the killing in front of the police station, police responded by firing on the crowd, killing one and injuring another. The Interior Ministry said in a statement at the time that officers fired to prevent residents’ from storming the station.

That same month, the group documented three deaths inside police stations in three different cities, where it said the official cause of death was a suspicious « suicide » or « drop in blood pressure. »

In a third and similar incident in southern Egypt, the group said police took revenge for the killing of one of their own. The group says they « imposed collective punishment » by opening fire randomly in the streets, attacking residents and injuring a 9-year-old girl with a bullet to the head.

Egypt witnessed an unprecedented collapse of its police force during the early days of the 2011 uprising, when tens of thousands of protesters outnumbered riot police and even chased them in the streets. Nearly 850 protesters were killed during the 18-day revolt. Some 100 policemen were charged with killing protesters, but almost all have been acquitted or seen the charges dropped.

With the country awash with weapons looted from police stations during the uprising or smuggled across borders from Libya, street violence has surged and civilians regularly react to police violence with riots and clashes.

In one of the latest incidents, at least 47 were injured on Tuesday when security forces clashed with protesters in the northwestern city of Marsa Matrouh on the Mediterranean Coast. According to a security official, the families of men sentenced to six months imprisonment by a military tribunal for drug dealing tried to storm a police station, prompting police to fire tear gas and attack the crowd.

The protesters could not be reached for comment. Military tribunals, widely rejected in Egypt, are known for their swift and harsh verdicts.

Just south of Cairo on the same day, three policemen were briefly kidnapped by drug dealers during a police ambush, a security official said. They were released when authorities sent reinforcements.

The two officials spoke on condition of anonymity because they were not authorized to speak to the press.